Beaver ballot: why we should give a dam

By Dr Alan Law, freshwater science researcher, University of Stirling.
Read blogs about the other mammals in the #UKMammalPoll and vote for your Favourite UK Mammal. 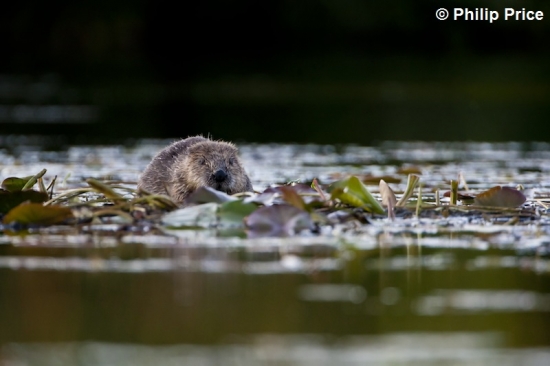 The Eurasian beaver (Castor fiber) has recently been reintroduced on a trial basis to England and Scotland. Yet its future remains on a knife edge. Their new presence has provoked both positive and negative reactions, principally due to their response to a simple environmental cue, the sound of running water. And it is this response that is one of the most remarkable in the animal kingdom.

If you live in freshwaters you need to be able to cope with fluctuating water levels, this is especially true of rivers and streams, where the heights can rise and fall quickly over a few hours. The entrance and exit to a beavers’ bankside home, a lodge created from sticks and mud, must remain underwater so land-based predators (badgers, wolves, bears) cannot enter. The sound of rushing of water stimulates beavers to intertwine stones, sticks, mud and vegetation in the stream, thereby raising and stabilising the water level. Through dam creation beavers now have an element of control of their habitat. 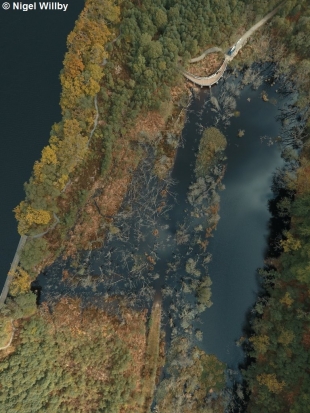 There is no other single species on the planet that is capable of creating or manipulating their environment as much as beavers. Most dams are only a few meters long, but are expanded if necessary, with some dams in Scotland almost 100m long. The ponds that are created behind dams become abundant with vegetation, some of which beavers are partial to (e.g. lilies), but the open water also helps them to swim to and transport their preferred foodstuff, deciduous trees such as aspen, willow, rowan and birch. Beavers will selectivity coppice trees near the water edge, creating canopy gaps that reduce tree dominance and shading, which can be beneficial for floor-dwelling plants and invertebrates, but also foraging bats.

The beaver is an underdog in the vote for the UK’s favourite mammal, as it’s the only shortlisted species that has not been fully reintroduced, despite several wild, feral and captive populations across Britain. There is a valid argument that we should focus on conserving what species we have now, rather than reintroducing lost species. But it is more important to acknowledge that our environment is not static, it has always, and will continue, to be dynamic. Therefore, we have to embrace changes too and by reintroducing beavers we are not only bringing back a lost charismatic species, we are bringing back an animal that is a facilitator of dynamism; creating wetlands with unique biodiversity, storing water and alleviating flooding. 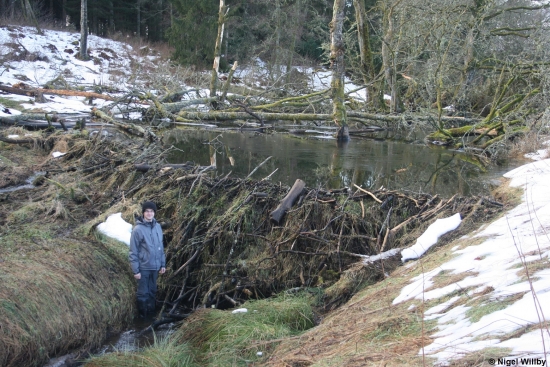 A beaver dam within the Tayside area of Scotland © Nigel Willby

By voting for beaver as your favourite UK mammal you are not voting for one species, you are voting for every plant and animal that can benefit from a new source of freshwater, and that is a lot of species.

Posted under Conservation,Nature,UK mammal poll and tagged with beavers, biodiversity, dams, ecosystems, freshwater, rewilding, UKMammalPoll, wildlife
Comments Off on Beaver ballot: why we should give a dam