Bees are a political issue

Dr Barbara Knowles MBE FRSB is senior science policy adviser at the Royal Society of Biology, and an active conservation volunteer working to protect biodiversity in farmed landscapes. These are her views, not necessarily those of the Society. 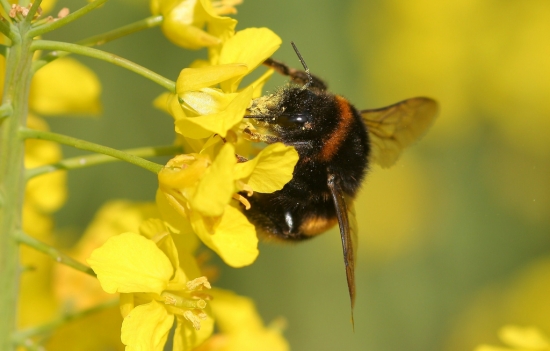 Bees and neonic insecticides are in the news again as the Secretary of State for Defra decided last week to lift an EU ban on the chemicals. A limited number of farms will now be allowed to use the banned pesticides on oilseed rape to kill the cabbage stem flea beetle.

Defra said: “Based on the evidence, we have followed the advice of the UK Expert Committee on Pesticides and our Chief Scientist that a limited emergency authorization of two pesticides requested by farmers should be granted in areas where oil rape crops are at greatest risk of pest damage.”

In news reports Defra was variously accused of suppressing its advisory committee minutes and making decisions based on industry lobbying while ignoring petitions from over 500,000 members of the public.

The science case is now much stronger that neonics harm bees and other wildlife, increase slug damage, and accumulate and persist in the environment. The economic case for lifting the ban seems weak indeed although no doubt bad news for some farmers: only 3.5% of the crop was lost to the beetle in the year after the ban. This hardly seems like an emergency to justify overturning the temporary ban.

Rapeseed is an industrial commodity crop used mainly for biodiesel and feed for industrial cattle. So surely we can easily live with these marginally lower yields as a small price to pay for protecting bees and other wildlife.

Posted under Conservation,Nature,Policy and tagged with bees, insecticide, pesticide
Comments Off on Bees are a political issue