Amidst the food stalls, music, and farmyard animals, the Royal Society of Biology was at the Lambeth Country show last weekend chatting to the public about anatomy, genetics and more.

Thousands of people descended onto Brockwell Park on 15th and 16th July for one of the biggest public events in the UK. The Lambeth Country show, now in its 43rd year, celebrates the very best of the city and the countryside.

I was joined by staff and volunteers from the Biology Big Top, a group consisting of the RSB’s stakeholders, to run some hand-on science activities. Each organisation had its own stand at the show.

Our volunteers included undergraduate students as well as research scientists, all of whom were provided with training before the event on how to run the activities.

At the RSB stand, children and adults were able to find out how their brains processed information by performing the stroop test, an activity from our Gopher Science Labs resource that demonstrates how the brain interprets information.

They were also able to play our dice roll choices game to see how lifestyle choices could change the expression of genes. The game comes from the 21st Century BioChallenges activity kit developed by the RSB and funded by the Biochemical Society. 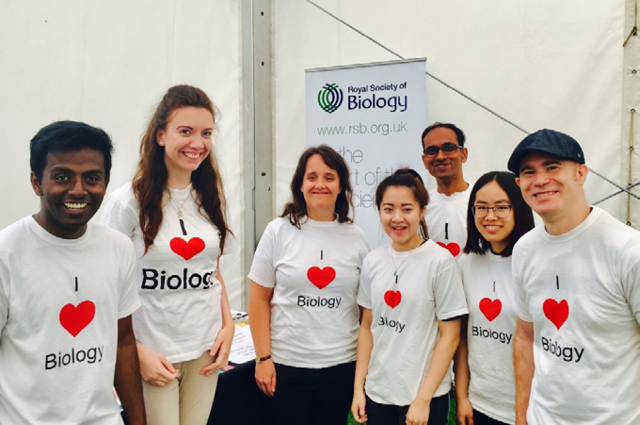 Other members of the Biology Big Top put on activities, including Medicine Makers and Scientific Scissors.

We were able to engage with over 900 enthusiastic visitors well into the evenings during the course of the two days, including people from all ages and backgrounds, many of whom came from the local area and beyond. It was wonderful to see so many individuals get involved with science, in addition to the horticultural shows, craft stalls and other activities on offer at the show.

I also enjoyed working with our volunteers. They were all keen to discuss science with members of the public – even though this was something that only a few of them had previously done in their day-to-day jobs. Volunteering at the show provided them with an opportunity to develop new skills and make a difference. 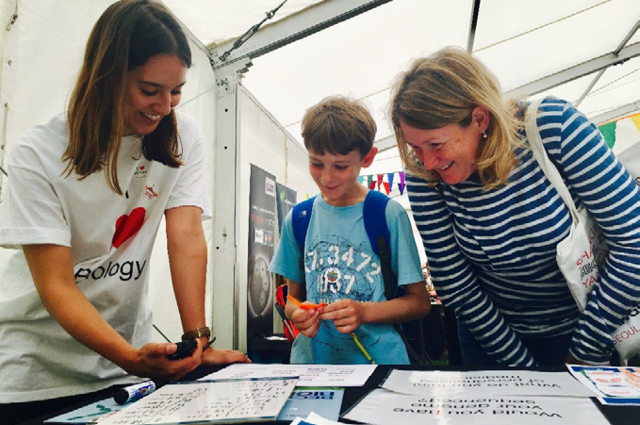 The RSB attends events, such as the Lambeth Country Show, with an aim to meet with a diverse range of people and discuss with them a variety of bioscience themes. As with our other public engagement activities, including our awards and nationwide surveys, we hope to evoke interest and inspire them in the wonders of biology.

Next up on our public engagement calendar is the Ipswich Maritime Festival, Basildon Street Science, and New Scientist Live… all of which will be building momentum towards our annual celebration of the biosciences, Biology Week!