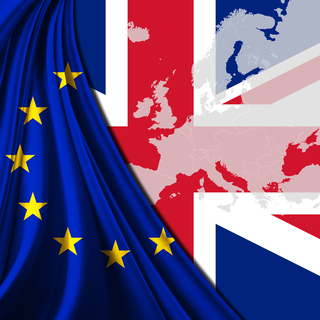 With membership of the European Union (EU) soon to be decided by voters in a UK in/out EU referendum, pro-and anti-EU campaigners are making their opinions heard. David Cameron has outlined his requests for EU reform and negotiations will take place prior to the referendum, widely expected to take place in 2016, well ahead of the 2017 deadline.

So what is the relevance to the bioscience sector? The Royal Society of Biology (RSB) has been gathering evidence in response to the House of Lords Science and Technology Select Committee inquiry looking at the Relationship between EU Membership and the effectiveness of Science, Research and Innovation in the UK. Four major themes were examined: funding, collaboration, regulation and scientific advice; to gauge the impact of EU membership felt by UK researchers.

RSB members reported that access to EU research and development (R&D) and innovation mechanisms are beneficial, providing funds to UK bioscientists and infrastructure. The numbers are significant; research income received from the EU averaged €1bn per year in Framework Programme (FP) 7 (the EU’s main funding stream for Research and Technological Development; 2007-13). This approximated to 15% of the national science budget over the same period. Horizon 2020, the current funding stream (2014-20), is the largest ever EU research programme with a budget of €74.8 bn. The scale of Horizon 2020 demonstrates the EU’s commitment to R&D, their aim being to enhance innovation output and ensure that Europe delivers world-class science across both public and private sectors.

EU funding streams are considered to be complementary to the national research funding capability; offering support to more long-term and large-scale collaborative projects. Should the UK leave the EU there is no guarantee yet, that the same level of funds currently allocated to the EU R&D budget through UK contribution, would be distributed back into the national R&D budget.

Interestingly, funding, although always a high priority for the bioscience sector was by no means the major advantage raised when considering the UK-EU relationship; instead, a key attraction for participation in EU programmes is the opportunity to collaborate and gain access to international research networks and resources. Case-studies provided by RSB members and others demonstrated positive EU membership impacts, including impact upon the UK innovation landscape; extending the national knowledge base through provision of essential scientific skills and capabilities not readily available in the UK. International collaboration enables the UK to address research questions on a global scale in ways not possible when operating exclusively at the domestic level.

The freedom of movement granted to students, researchers and their families, across the EU actively facilitates this collaborative research environment. Access to EU infrastructure and pan-European platforms enhance the training and education of those in the UK bioscience sectors. The ability to freely recruit researchers on an international scale is believed to be increasingly advantageous; engaging some of the best minds in Europe with UK research excellence.

One of the Governments key points under negotiation for continued EU membership is enhanced governance and control over legislation that directly affects the UK. The UK as an EU member-state currently can play a leading role in shaping EU directives, and therefore the UK should continue to influence EU agendas and policy to maintain influence. The recent formation of the Science Advice Mechanism (SAM) by the EU highlights a confirmed appreciation of the need for independent scientific advice when it comes to EU policy-making.

The views expressed in this post are a personal reflection following engagement and development of a response to the consultation call for evidence following the House of Lords Science and Technology Select Committee enquiry regarding EU Membership and Effectiveness of UK Science.