Composting: recycling for the future 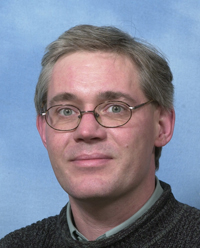 Dr Geoff Robson FRSB, senior lecturer at the University of Manchester discusses the role or fungi in composting.

As part of ‪Biology Week‬, the British Mycological Society‘s UK Fungus Day is hosting events across the UK and Ireland around 10th & 11th October.

As I watched a JCB disassemble a 10m high compost heap so we could take samples back to the lab, I began to reflect on where my research career had led me.

Composting, the process by which microbes turn plant material into rich soil-like humus may seem at first glance a relatively simple system but is anything but in reality. The early phase is characterised by a rapid rise in temperature to highs of 70-75°C as bacteria rapidly metabolise simple sugars. There is then a slower cooling phase as the temperature dips, and the compost pile once dominated by heat loving (thermophilic) fungi gives way to cool loving (mesophilic) fungi.

That fungi play such a pivotal role will be of no surprise to anyone who has studied this intriguing and often neglected kingdom of organisms. They play a vital part in degrading dead organic material in the environment worldwide, releasing nutrients back into the soil for new plant growth, whilst the hyphae – thin penetrative filaments – help to stabilise the soil environment, making it more stable for plant growth. 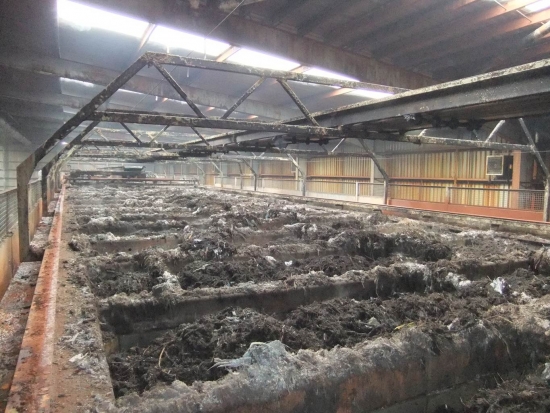 Commercial large-scale composting of green and food household waste has become a pivotal strategy in many countries including the UK to reduce landfill waste. In the UK alone, over 40% of the total household waste in 2014 was green and food waste which was sent for commercial composting amounting to around 3.9 million tonnes of waste. While commercial composting is helping to remove much of our waste, many people are turning to making their own compost using inexpensive composting bins that are now widely available from garden centres and online. Not only does it reduce the amount of household waste leaving the property, there is also the bonus of an endless supply of rich organic compost for use in the garden.

Scientists have an important role in trying to understand and optimise the composting process. With the advent of next generation sequencing – which allows us to more rapidly discover DNA sequences – we now have the ability to uncover the answer to many interesting questions. Where do these heat loving fungi come from? Do the main species vary over the year or with changes in green waste composition, and does this effect subsequent quality as a compost and fertilizer? Can we improve compost quality or speed up the process?

With many questions remaining unanswered, I think there is little doubt that my days with compost are far from over.

Dr Geoff Robson FRSB, senior lecturer at the University of Manchester and former President of the British Mycological Society and the International Biodeterioration and Biodegradation Society.

Find out more about UK Fungus Day and Biology Week 2015.

Posted under Biology Week,Latest research,Nature and tagged with fungi, fungus, UK Fungus Day
Comments Off on Composting: recycling for the future