ESOF 2016: Science as Revolution – A source of inspiration 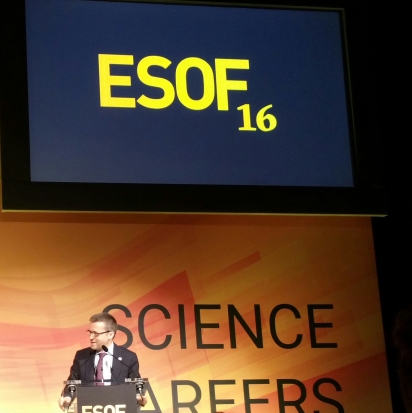 “In the 21st century, science can no longer be distant to the public” said European Commissioner Carlos Moedas. His visionary speech on Europe’s voyage towards an open global research area was one of my personal highlights during EuroScience Open Forum (ESOF) 2016. He emphasized the important role of the public in scientific debate and data. He also stressed that the European Union will lead the change to open science and open data.

ESOF is not a typical scientific conference and its concept is extraordinary. This year’s 7th ESOF conference was held from 24-27th July in Manchester under the theme Science as Revolution; encouraging delegates to share, debate and challenge cutting-edge scientific and technological innovations in respect of societal challenges.

ESOF is multidisciplinary and open to everyone including the general public, students, researchers, policy makers, science communicators, journalists and industry representatives, from Europe and beyond. This meeting brings people together who might otherwise never meet each other.

The programme was as diverse as its audience was, including sessions on science in business, science and culture, and science careers. As well as a traditional exhibition hall, where companies, organisations and researchers presented and discussed their work; Science in the City events were hosted all over Manchester inviting everyone to engage and explore science. 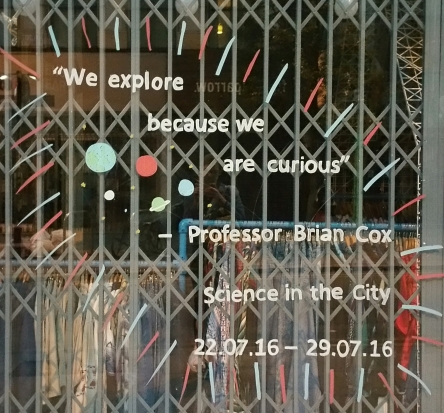 One of the projects presented directly to the public was #BritainBreathing. This is a great example of a citizen science project by the Royal Society of Biology, the British Society for Immunology, and The University of Manchester, which was featured as part of the Bluedot festival and Science in the City programme. After downloading the app, the public can record and rate their allergy symptoms, which will help scientists and sufferers to gain a better understanding of seasonal allergies in the UK.

My main take home message was that it is becoming increasingly important, effectively indispensable, for researchers to share their science and data openly; but also to communicate their research well not only within their academic circles but also to industry, policy makers, funding agencies, the media and society.

For me the conference was a great opportunity to communicate my research to various audiences, to network with a large number of dedicated professionals and share enthusiasm about science. ESOF 2016 was a celebration of science and technology showcasing how diverse and connected European science is. Curiosity and innovations may drive us as individuals but more so as a collective. The conference embraced openness and science without borders, highlighting that innovation is a global endeavour and collaborations play an essential role in setting new frontiers.

International collaboration between academia and industry is an integral part of my daily work. My research focuses on utilising in vitro strategies to rapidly predict metabolism and elimination kinetics of emerging anabolic drugs in sports and food producing animals within the MET-A-FOR project funded under the Horizon 2020 Framework Programme of the European Union. This interdisciplinary project is co-ordinated by Queen’s University Belfast in the UK with the Irish Equine Centre in Ireland translating academic research to private sector needs. With my research, I hope to highlight emerging drugs of potential abuse in animals and measures for detection, which will hopefully inform policy makers and contribute to ensuring health and food security. Speaking about my research to industry leaders, policy makers and experienced colleagues at ESOF 2016 was a great source of inspiration and encouragement to continue my work as a researcher in finding solutions to current challenges.

Posted under Policy,research and tagged with citizen science, collaboration, ESOF, europe, globalisation, open access, open data, research, the EU
Comments Off on ESOF 2016: Science as Revolution – A source of inspiration