Favourite UK Mammal – the ones that got away

Opinion piece by Fiona Mathews, Chair of the Mammal Society, and associate professor in mammalian biology at the University of Exeter.

The poll for the Favourite UK Mammal has a shortlist of just 10 species. Yet there are about 64 land mammals (including bats) in the UK, and another 37 marine species found in our waters. I say ‘about’ because the precise number depends on whether we include species that are not known to breed here; whether we include feral, but formerly domesticated, animals such as wild goats; and whether we include animals such as the beaver that have only recently been reintroduced. Clearly a list of 101 would have been overwhelming, but here are four of my own favourites that didn’t make the poll. 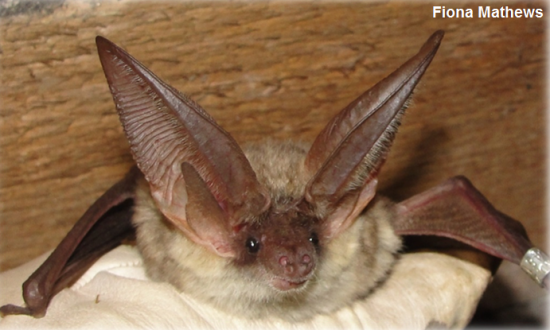 Bats are some of our most difficult animals to study, often being glimpsed only for a second in the failing light at dusk. Like hundreds of other volunteers, I spend a lot of my spare time monitoring them: their fascinating habits, and the very fact that we know so little about them, have kept me hooked for more than 20 years. Although there are 17 resident bat species – and I would happily write about any of them – I will tell you about just the Grey long-eared. Whilst its cousin, the Brown long-eared is common in lofts, barns and trees across the UK, there are only seven known colonies of Grey long-eared bats, all of them close to the coast in Southern England.

The Grey long-eared bat is a specialist moth-feeder, detecting insects not only from sound using its huge ears, but also by sight. Its eyes are therefore larger than many other bats. Unfortunately, the damp, species-rich meadows and woodland edges that historically supported abundant moth prey have almost disappeared from the landscape. The Grey long-eared has not benefited from the very high legal protection given to other rare species such as greater horseshoe bats or dormice, because populations are relatively healthy elsewhere in Europe. I love these creatures. And I love the habitats on which they depend. 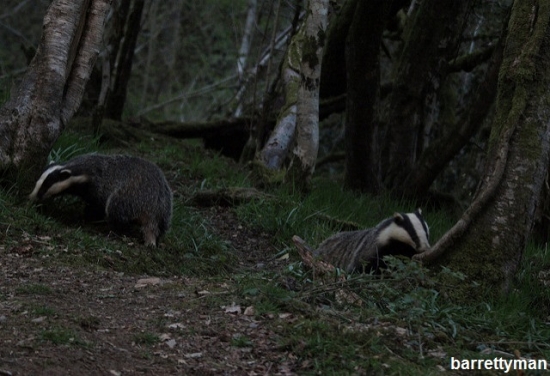 Next on my list is the badger. With the most powerful jaws of any of our native land animals, this charismatic mammal has long been persecuted. Yet it is also a symbol of the British countryside, the logo of the Wildlife Trusts, and even has a brewery named after it. Badger baiting has been outlawed in Britain since 1835, but conflict with humans has not gone away. Badgers are undoubtedly involved in the epidemiology of bovine tuberculosis in cattle, and a string of different badger culling strategies have been used over the past 40 years to try to control the disease. However, most academics condemn the latest round of badger culling as lacking the strong scientific basis it should require. Not only is there no evidence that the culls will be effective, but they are also extremely expensive and put landowners in conflict with their neighbours and with much of the wider public. Critically, they also distract the attention of Ministers and Defra from other areas much more likely to offer long-term solutions to the disease, such as improved testing efficiency, control on cattle movements and altered farmland management.

Badgers in the UK and Ireland are much more social than those elsewhere in Europe, perhaps a reflection of their different dietary habits. In our damp climate, the main item on the menu for badgers is earthworms, whereas badgers elsewhere have a much more typical carnivorous diet. 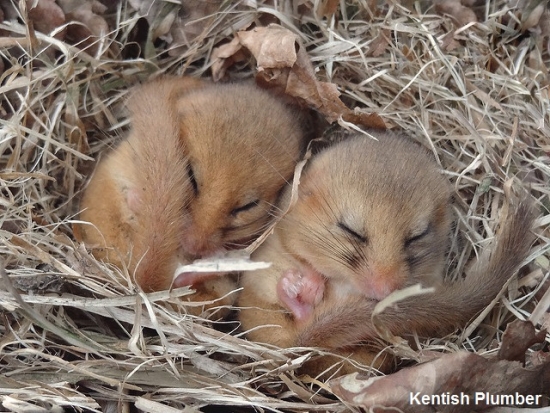 Undeniably photogenic, the hazel dormouse is universally loved.  Sadly, evidence from the People’s Trust for Endangered Species long-term monitoring scheme suggests that dormouse populations have declined by more than a third since 1993, and if anything, the rate of decline has recently been accelerating. Why? Dormice live in woodland and large hedgerows, and despite their name they don’t just eat hazel nuts. They need a constant supply of food throughout the year – ranging from flowers and insects in spring, through to nuts and fruit in the autumn.  They are particularly fond of honeysuckle, and have an endearing habit of settling down to sleep while holding onto a strip of honeysuckle bark – much like a baby with a comfort blanket. It is possible that changes in habitat management, such as a reduction in hazel coppicing and an increase in the flailing of hedgerows in the autumn, has reduced the availability of food.

In addition, dormice do not move far, and the fragmentation of habitat leaves their populations isolated and vulnerable to extinction. Finally, dormice, unlike most of our other native small mammals, hibernate through the winter, and usually produce only one litter a year. It is therefore difficult for them to breed their way out of population declines. The good news is that hundreds of volunteers up and down the country are working hard to collect the data needed to understand and help save this gorgeous animal. 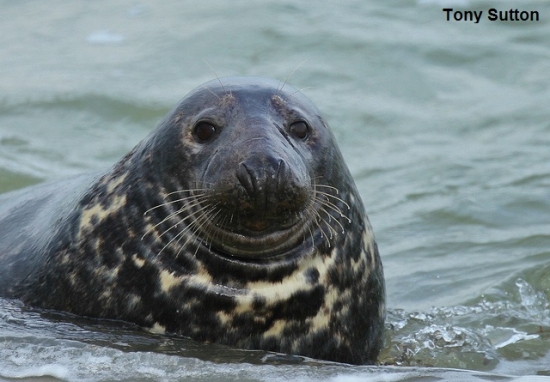 And finally: which of our UK mammals is twice as rare as African elephants and can occasionally be seen outside the Houses of Parliament? The grey seal. This animal is rare globally, but over 40% of the total population (some 90,000 to 140,000 individuals) live in the seas around the UK. The population at present seems to be stable, although animals do regularly become entangled in fishing gear, and they are also vulnerable to the effects of marine pollution. The Inner and Outer Hebrides, Orkney and Shetland are particularly important as breeding locations, but outside the breeding season they can occasionally be seen just about anywhere around the British coast. The pups are born ashore in autumn, and the mothers produce extremely rich milk to allow the young to grow rapidly and lay down sufficient fat to insulate against cool sea temperatures.

At other times of year, grey seals tend to stick fairly close to shore, and spend almost half of their time at or near to haul-out sites. This summer I spotted two at very close quarters off the Devon coast (one popped its head up next to me while I was swimming!); and last week there was one in the River Thames. To my mind, they look rather like an upturned welly-boot sticking out of the water, but official names include the long-nosed and horsehead seal, which helps to distinguish them from the common seal also found in UK waters.

There are lots of other mammals we would have liked to include in our poll and all species are important. Mammals are among the most under-recorded species in the UK. Effective mammal conservation cannot happen without the baseline data of where they are and their population numbers. Luckily this is something you can help with. There are several ways to help record mammals as well as lots you can do for mammals in your local area.

Read about the mammals in the #UKMammalPoll on our blog and vote in the Favourite UK Mammal Poll now.

Posted under Biology Week,Conservation,Nature,UK mammal poll and tagged with badgers, bats, Conservation, dormouse, environment, grey seal, mammals, UKMammalPoll, wildlife
Comments Off on Favourite UK Mammal – the ones that got away