The IBO live blog: arrivals and the opening ceremony

Months, if not years of preparation go into organising the Olympiad, and this weekend marked the completion of the last preparatory tasks.

On Sunday, our volunteers got a chance to meet one another, and received their final briefings. Though the official opening ceremony wasn’t until 3.30pm, we worked all day Sunday to make our new arrivals feel welcome and help them get settled in for the week ahead. 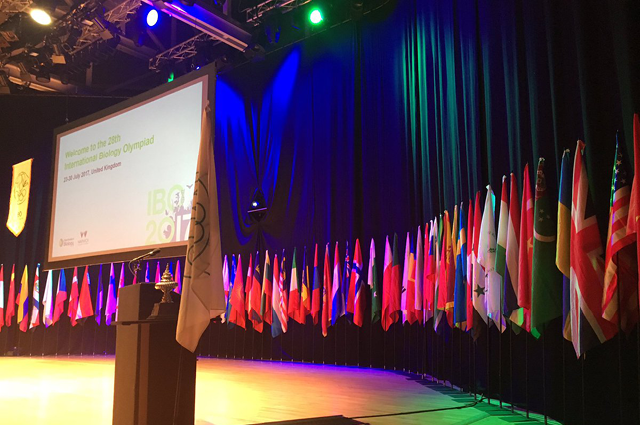 Louis Pasteur suggested that fortune favours the prepared mind, and certainly a little good fortune would definitely be welcome in the days to come. However, this weekend there was a singular sense of completeness that comes at the end of many weeks of hard planning. A sense of trust in our team, to be able to handle any exigent circumstance that can arise over the next week or so. 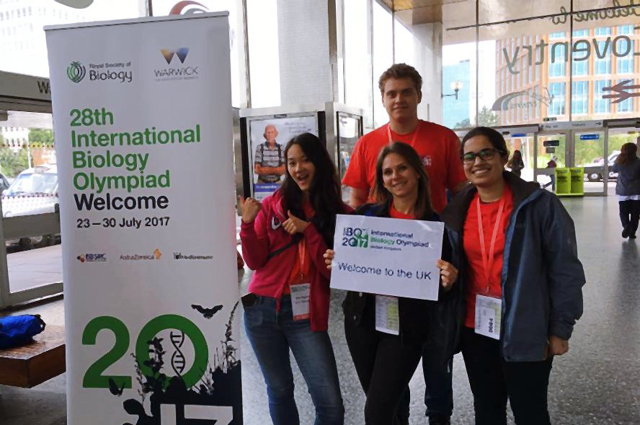 Some of the volunteers waiting for students to arrive in Coventry

“Spectacular” would be a good word to describe Sunday’s opening ceremony, which featured stunning performances authentic to the four countries of the UK, as well as a speech from Nobel laureate Sir Paul Nurse, and addresses from leaders of the Royal Society of Biology, the University of Warwick, and of course the Biology Olympiad itself. 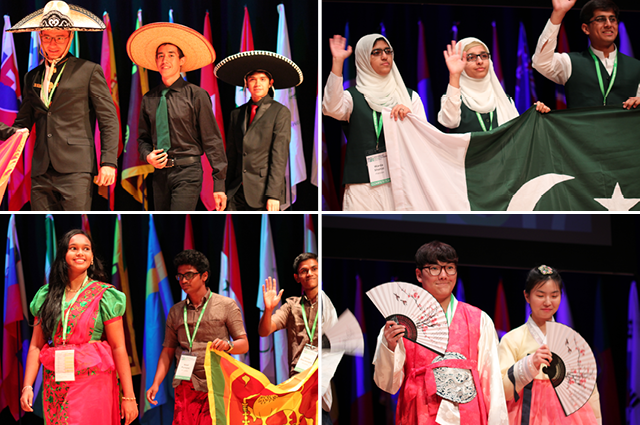 Watching the teams’ parade during the ceremony really made clear the scale of the IBO, and the number of people whose experiences contribute to the overall effect: a scientific event whose importance is truly international.

In his address, Dr. Poonpipope Kasemsap, chair of the IBO steering committee, suggested that the most valuable prize for all IBO participants to attain is friendship, and I think that message has stuck with our support team as well: for all of us, our being here in the coming week is about more than just a shared purpose.

With over two hundred and fifty students participating from over sixty countries, we had to be realistic and expect some deviations from the planned travel schedules. In a logistical sense, that variance can be the most vigorous test of planning and teamwork. 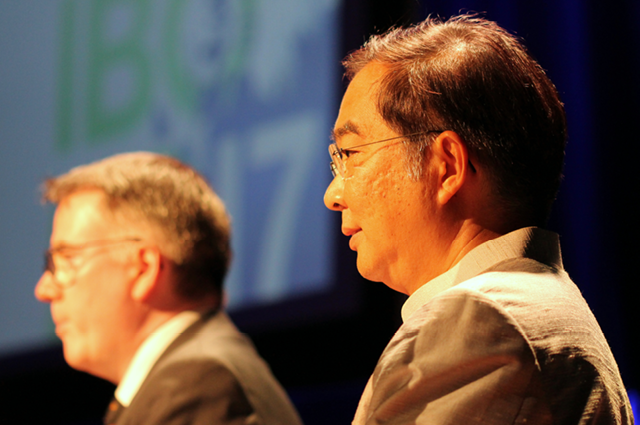 Dr Poonpipope Kasemsap addresses the audience at the Opening Ceremony

While everything seemed to go smoothly, with all of our organisers and volunteers working hard throughout the day, a sense of validation comes with having overcome that obstacle.

By the end of the day, volunteers, organisers, and participants alike were exhausted; and yet we continue, reassured of our team’s capability in such situations, and eagerly looking forward to the events ahead.
It’s been a long time coming, but we’re finally ready to get started, and we’re excited to begin.

Posted under IBO 2017 and tagged with Competitions, IBO, International Biology Olympiad, Outreach and engagement, public engagement
Comments Off on The IBO live blog: arrivals and the opening ceremony