By Deborah Roebuck MRSB, BBSRC policy fellow at the Royal Society of Biology.

Supporters of Science rallied together at the most recent Science is Vital event, held in London and broadcast live online. Scientists and non-scientists were united in their campaign to promote awareness and highlight the critical importance of upholding a strong UK science base in the light of the upcoming Spending Review.

An impressive line-up, including the likes of Simon Singh, Adam Rutherford and Greg Foot, contributed to a team of prominent campaigners, spanning scientific disciplines across research, broadcasting, policy and the charity sector. Speakers took to the stage, engaging the audience and delivering a dynamic evening of scientific fact, demonstrating the true impact of science and why it is vital. 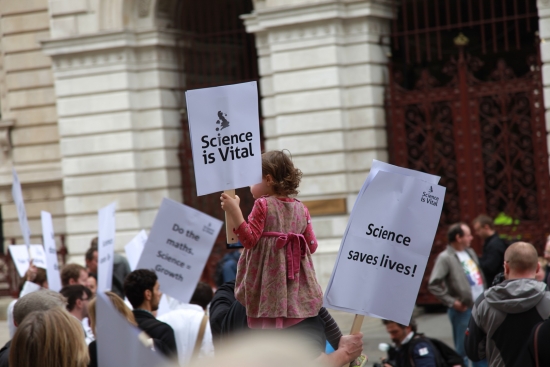 Science is Vital is a grassroots campaign of UK scientists and supporters that believe a strong science base is vital to the UK’s economy and reputation. The resurgence of this national campaign (having first taken to the streets of London in 2010) is again in response to the threat of cuts to UK science funding. Despite the Government’s promise to protect the national science budget with a flat cash settlement, the last five years has seen a decrease in real-term funding of UK science. The public spend allocated to research and development (R&D) across all sciences is only 0.44% of the UK’s economy (in terms of gross domestic product (GDP)). This is the lowest level of investment across the G8 countries and puts the UK well below the average OECD and EU science spend. More alarming still, the Government has asked Departments to model cuts of 25% and 40% in the preparation for the spending review. 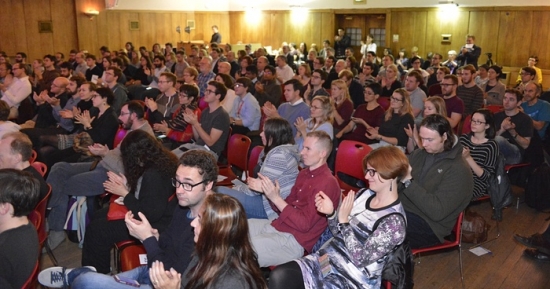 The evening kicked off with some shocking statistics reinforcing just how modest the comparative UK spend on scientific research is, particularly when considering the scale of the problems researchers are trying to solve. Cancer, a disease killing 1 in 3 of us, and arguably the most funded disease in terms of medical research, receives in its entirety, an annual government contribution of only £2.80 per person, per year. Heart disease and stroke research by comparison secure an investment of just £1.20 and 69p respectively. When compared to personal spending on everyday items such as toilet roll (£17 per annum) or alcohol (£600 pa) the low investment in medical R&D received from Government is astonishing.

The audience heard that there is clear and robust evidence that investment in R&D drives innovation and that output and performance in science is linked to investments made 10 – 20 years ago. The Department for Business, Innovation and Skills (BIS, who oversee the UK publicly-funded research budget) have reported that investments upwards of 70% on top of the existing UK science budget are required to reach the recommended total 2.9% spend on UK GDP (public and private). Naomi Weir, the acting director at CaSE (Campaign for Science and Engineering) emphasised that science is not just another thing to add onto your list of priorities, but that actually science underpins many of the things we as a society care about and therefore, so too should the Government.

has stated that UK economic success depends on future scientific success and that the government would invest more in science than ever before emphasising that science is vitally important to our economic future. A cut to science spending will also undermine Government aims to promote innovation to drive economic growth. The Science is Vital campaign believes that another flat cash settlement is lacking the ambition that Britain deserves.

You can watch the Science: As Vital as Ever event held on October 26th in London and spread the word that Science is Vital.

Posted under Events,Policy and tagged with osborne, science funding, science is vital, spending review
Comments Off on SOS: Support Our Scientists – Science is still vital