STR Trek: the Next Generation

Listen to Sir Alec Jeffreys being interviewed by Professor Alison Woollard FRSB at the RSB’s fundraising event in May 2016.

Today, thanks partly to TV’s CSI franchise, everyone is familiar with the DNA profile – super-sensitive, and individually unique. But go back 40 years, and DNA-based forensic analysis did not exist. Instead, there was an industry that analysed not DNA itself, but its products – proteins. It started in 1900 with the discovery, by Karl Landsteiner, of the ABO blood group. He realised that this system could exclude a suspect from depositing a blood-stain at a crime-scene. Given the small number of different types, the average power of exclusion was low, but this increased once enzyme variants in blood were included. Because each variant is inherited independently, the frequencies of types (alleles) for each system could be multiplied, increasing discrimination.

In 1984 that industry imploded thanks to the invention, by Alec Jeffreys (below left) in Leicester, of DNA fingerprinting. Suddenly, we had individual identification, thanks to combining 15-20 independently inherited alleles, with low average frequencies. Even better, DNA is tougher than protein, and available from any body fluid, so ‘fingerprints’ were a more powerful and universal tool.

The next revolution, in the early ‘90s, was the invention of the polymerase chain reaction (PCR) and its use to amplify short tandem repeat (STR) DNA sequences – the advantage here was the ability to analyse minute amounts of biological material, even after environmental exposure, and the suitability of these digital ‘DNA profiles’ for databasing and rapid comparison.

STR profiling is our current workhorse, but as history illustrates, science never stands still. The new kid on the block is ‘next-generation sequencing’ (NGS) which offers the forensic geneticist the option of determining the actual sequences of several hundred fragments of DNA from a crime-scene sample in one go. What difference does this make? First, it gives more discrimination to the STR profile – traditionally specified by measuring the lengths of DNA fragments, and converting indirectly into numbers of repeats. NGS determines their actual sequences, increasing discrimination. Second, it allows inclusion of DNA variants that tell us about the ethnic origin, and hair-, eye- and skin-colour of the depositor of a sample.

These developments might help the police, but they introduce new challenges ethically, and in databasing and educating participants in the judicial system.  In recent years, here in the UK, there has been much debate about privacy issues related to the National DNA Database and when it is appropriate to store individuals’ profiles for comparison with crime-scene samples.  The European Court of Human Rights ruled that the practice of keeping DNA profiles (and fingerprints of the non-DNA kind) from arrested individuals, regardless of their guilt or innocence, was a violation of people’s ‘right to a private life’ (article 8 of the European Convention on Human Rights).  The Protection of Freedoms Act (2012) attempts to provide a better balance between the rights of individuals and the security of society.  However, further privacy issues will need to be considered as the emerging technology allows increasing amounts of information about individuals to be determined through DNA profiling. 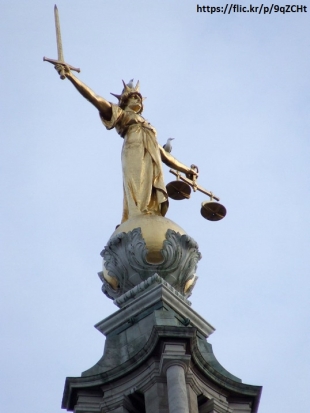 The increased discriminatory power of NGS could allow analysts to identify the source of a crime-scene sample with ever-increasing certainty – but will this have any real impact in the courtroom?  A large body of literature, mainly from psychologists interested in jury decision making, suggests that jurors are not very good at understanding the probabilities that accompany expert testimony about DNA profiles.  As well as difficulties understanding complex science and associated probabilities, courts will also be faced with increasingly sensitive techniques which can recover tiny (and possibly degraded) trace amounts of DNA.  These traces need to be considered very carefully in terms of the guilt of a defendant, since alternative (and perhaps innocent) explanations are often plausible

The development of DNA fingerprinting by Alec Jeffreys revolutionised the way crimes are investigated and prosecuted, and developments in DNA profiling techniques continue to offer exciting possibilities to the world of forensic science.  However, with these developments comes even greater responsibility to ensure that evidence is used effectively in the courts and that the law remains sensitive to the right of individuals to protect their private and personal genetic information.

Listen to Sir Alec Jeffreys being interviewed by Professor Alison Woollard FRSB at the RSB’s fundraising event in May 2016.