By Josephine Hellberg, MRC policy intern at the Royal Society of Biology 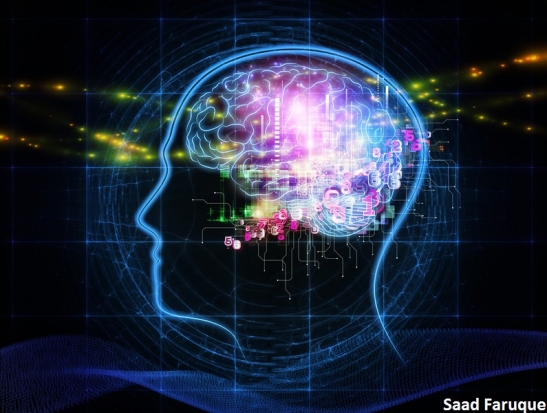 Every time we meet someone, our brains are busy categorising our impressions. However, many of these categorisations make use of cognitive shortcuts that rely on cultural expectations and past experiences and are therefore vulnerable to prejudice and stereotyping. As a result, we might become biased against someone without actually knowing them. When this happens without us realising it, it is referred to as ‘unconscious bias’.

Unconscious bias is sometimes referred to as ‘implicit bias’ or ‘hidden bias’, and it is something that many organisations and businesses are trying to eliminate. Unconscious bias can affect hiring decisions, making it difficult to fulfil conscious ambitions and for policies to be fair. For example, unconscious cultural expectations of male and female ability, has been shown to cause bias in favour of male applicants – which can affect female professional representation and visibility. Similar bias has been demonstrated for many other characteristics.

Even if this kind of bias is subtle when it occurs, many small biased decisions can add up to quite significant impacts. (As an example, in a simple computer simulation a 1-percent difference between male and female performance scores can significantly skew the hierarchical gender distribution in favour of men after 20 consecutive rounds of selection and promotion.)

Considering the dearth of women and ethnic minorities in many professions, including science, it is important that we try to identify any factors that might affect professional diversity, and to take steps to increase the equality of opportunity.

The favoured way of targeting unconscious bias is to increase awareness of it. One simple test is available through ‘Project Implicit’, a non-profit, international collaboration of researchers interested in social cognition. Their implicit association test seeks to measure the tendency to associate characteristics with positive or negative words. These simple tests suggest that unconscious bias is prevalent – even among people who normally do not consider themselves biased.

Having made people conscious of their current unconscious biases, how can they be reduced? One way is through training and workshops that encourage people to consider and reflect on what they can do to reduce their risk of biased decision-making in practice.

One of these training sessions was hosted by the Royal Society of Biology in mid-September. The workshop was led by Rosalie Ward. Suggestions that arose from our small, group-based discussions on how to circumvent unconscious bias included ones that have been shown to work in real-life situations, such as assessing applications with names removed. For example, one study reports that allowing musicians to audition while hidden behind a screen made appointments much more gender-neutral. Simple interventions can therefore have a significant effect on reducing unconscious bias.

However, one thing that concerned to me is that although there is potential benefit to making people conscious of their bias, we might be running the risk of normalising unwanted approaches by highlighting that they are common, as well as reinforcing stereotypes through repetition. This is a little-discussed issue relating to efforts to increase professional diversity, since many forms designed to monitor inclusion encourage participants to label their gender, ethnicity, nationality etc. Indeed, within social psychology there is a literature on ‘stereotype threat’ on how stereotypes can actively affect people’s perceptions of themselves and others.

Overall, it is important that we continue to strive to be as inclusive as we can be. As candidly outlined in a comment piece in Nature magazine, the researcher Jennifer Raymond confesses to holding an unconscious bias against women in science, but perceptively realises that this bias reflects the reality of contemporary research culture.

Culture is however fluid and the best way to change stereotypical associations between characteristics and ability is to keep working to eliminate bias and improve diversity, so that, one day, we see people as people rather than as the sum of their characteristics – and thus removing the root cause of at least some unconscious bias.