The evolution of Big Biology Day 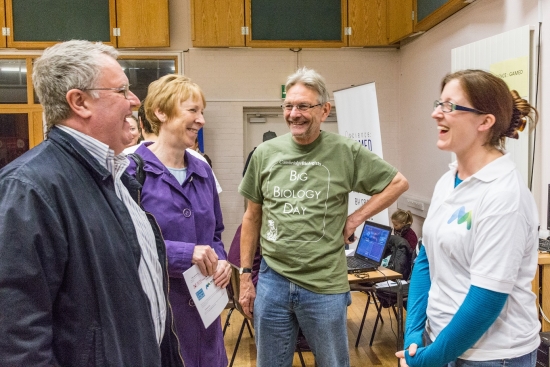 The seed
In early 2012 the (then) Society of Biology announced the first Biology Week and invited us all to devise events to celebrate all things biological. For my colleague Amanda Burton and I it was an instant ‘light bulb’ moment! We’d both been heavily involved with Biozone, part of the Cambridge Science Festival. This two-day event brings together the biology community in Cambridge and beyond to excite and engage a very diverse public audience in hands-on biology. Why don’t we do something similar as part of Biology Week? Let’s do it!

The germination
Cambridge Science Festival were keen to be partners and Hills Road Sixth Form College kindly offered to let us have space at no charge. All we needed to do was decide a date, get contributors, publicise and deliver. We had branch funding from the Society of Biology to help support the event and costs were modest.

Neither of us are quite sure how the name ‘Big Biology Day’ happened, but it had a certain ring to it. Big Biology Day (BBD) 2012 had six contributing organisations with hands-on activities (lots run by my brilliant students). In all honesty it was ‘suck it and see’. Would anyone come along? Would visitors and exhibitors enjoy it?

It worked. We had around 500 visitors, the anecdotal feedback from both visitors and exhibitors was very positive and it said to us ‘do it again’. 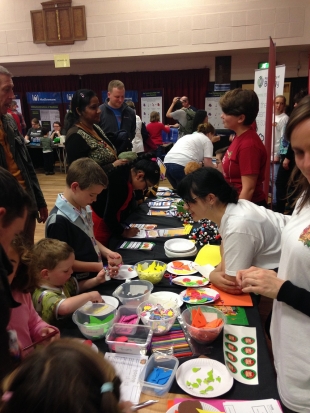 The growth
So we did. BBD 2013 was twice the size, 16 exhibitors and around 1,000 visitors. Our publicity improved and we had Mike Leahy and his amazing Zoobus, a real draw. The Cambridge biology community were very much on board and wanted to support us and various learned societies joined in. The apprehensions of 2012 gave way to excitement, we knew it would work. For the first time we gathered invaluable feedback from visitors and exhibitors.

The flowering
BBD 2014 showed it was very much an established part of Biology Week. People came from up to 100 miles away and we had a programme of exhibitors and a new questionnaire. Amanda produced our first report and evaluation of the event. Fair to say it was hugely positive, one young girl said it was ‘better than Alton Towers’. We don’t think we can better that! The breadth of what was offered at BBD 2014 made it a full day experience for visitors. Medimmune kindly provided funding which meant T shirts for volunteers, printed programmes, a promotional banner and lots more. What started as an enthusiastic ‘amateur’ venture in 2012 was now becoming professional and polished.

The fruits
BBD 2015 was our best event yet. Better signage, the Raptor Foundation, a lunchtime panel discussion with experts in Ebola, TB and influenza, an improved programme and new exhibitors. We had over 1,500 visitors. I did a live interview on BBC Radio Cambridgeshire, we had two articles in the Cambridge News, and Amanda made a great video encapsulating what Cambridge BBD is all about:

The dispersal
The seeds of BBD Cambridge have taken root elsewhere. In 2013 we supported Ann Johnstone, head of biology at Stamford High School for Girls, in organising the first annual Stamford BBD and Hephzi Tagoe has organised two BBDs in Chelmsford. This proves something very important, you don’t have to be in a ‘biohub’ such as Cambridge to organise a BBD. Ann engaged local biology groups such as Lincolnshire Bat Group and the Pea Growers Research Organisation. Wherever you are, there is biology on your doorstep!

The Royal Society of Biology has embraced the idea of Big Biology Days and it’s now being promoted nationally with new ones being added each year. Soon there will be a BBD near you, wherever you are, maybe it could go international! 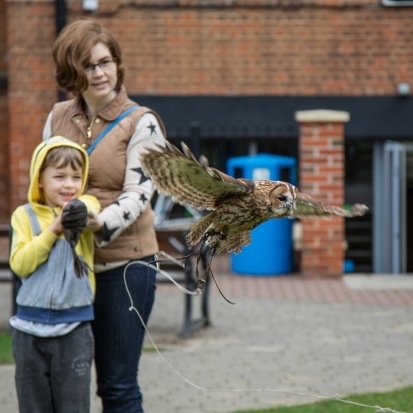 The evolution
BBD Cambridge 2016 is already planned for Saturday 15 October at Hills Road Sixth Form College. Funding is in place, potential exhibitors are being contacted and BBD 2016 will be the biggest yet.

To anyone thinking of organising a BBD for the first time we’d say ‘do it’! It will take time, organisation, a few headaches, probably some funding and definitely determination and resilience BUT when you feel the “buzz” on the day, hear the appreciation from the visitors and see smiling faces all day, you’ll be glad you did it.

Roll the credits
BBD is a team game. We’d like to thank all of our enthusiastic exhibitors, our kind sponsors (Medimmune, Microbiology Society, Hills Road SFC and Cambridge Science Festival), the brilliant students and caretakers at Hills Road SFC who make it possible and the public who come along and make it all worthwhile.