The IBO live blog Day 3: a taste of medieval England

Today was a chance for the contestants to enjoy some well-earned time off after yesterday’s practical tests, and soak up some history at Warwick Castle, one of England’s best-preserved and most impressive medieval fortifications. 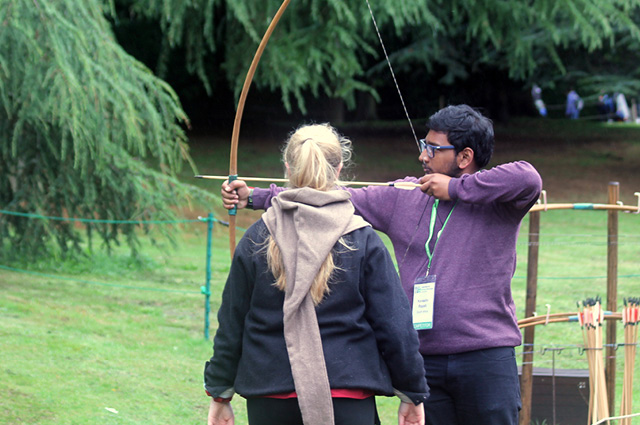 The castle itself is a significant location in English history, first built in stone in the twelfth century and home to Guy de Beauchamp and Richard Neville (the latter better known as “Warwick the Kingmaker”). 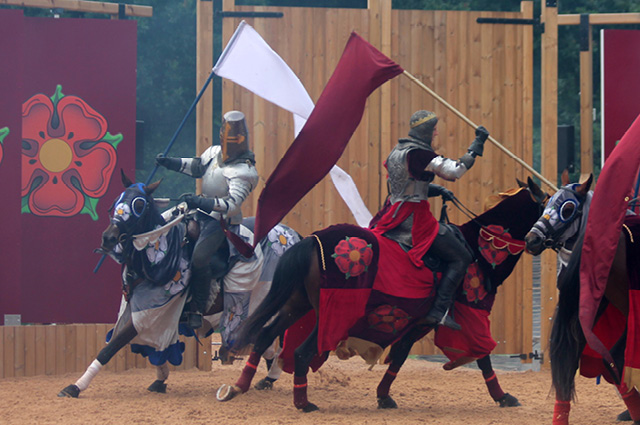 Students were also treated to a jousting tournament

Besides exploring the building itself, a wide variety of diversions were enjoyed, including jousting and falconry displays, archery, and an operating trebuchet. Patchy weather completed the English cultural experience, but could not dampen the spirits of the students, and smiling faces abounded from the cover of umbrellas and waterproofs. 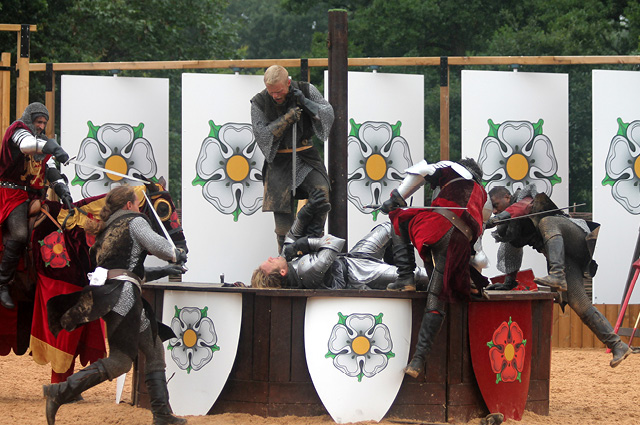 Don’t worry though, no actors actually came to a grizzly end during the show!

While the teams enjoyed their time away, jurors and lab volunteers were hard at work marking the practical exam papers, and preparing translations of tomorrow’s theory exam.

Described as “the most crafted theory exam in IBO history”, the script comes with a reference sheet of key definitions, which was distributed to students this evening. The exam itself is in two parts, the first of which begins at eight ‘o’ clock tomorrow morning; the second session is scheduled to end at four-thirty in the afternoon.

The exam will be submitted electronically, and as such is individually timed for each student. Certainly it will be as great an intellectual challenge as those before it, despite the smaller word count; we wish all the competitors well in the final test of their week.