After an exciting trip yesterday and a good night’s sleep, today the students sat a two-part theory exam, which is the last item on the week’s examination schedule.

An early breakfast preceded the short, calming walk through a wooded nature reserve, before arriving at the Life Sciences department on Gibbet Hill, where the papers were administered.

While the students sat their tests, the jury members visited the picturesque town of Stratford-upon-Avon: having worked hard all week long, they were able to enjoy a well-earned cultural visit to Shakespeare’s hometown.

This morning also saw the arrival of team Iran, who had been heavily delayed by numerous visa problems: keen to join in, the team began the first part of their own theory paper almost as soon as they arrived on-site.

As they adjourned for lunch, the Iranians were greeted by applause from the other teams, and it was an inspiration to see such a show of solidarity among a truly international community of aspiring bioscientists.

At the close of the second exam, there was a sense of release; without really noticing, each of us had established some store of pent-up anticipation of the exams. That sensation lasted long into the evening’s activities, whose planning might well be described as an organisational master-stroke. 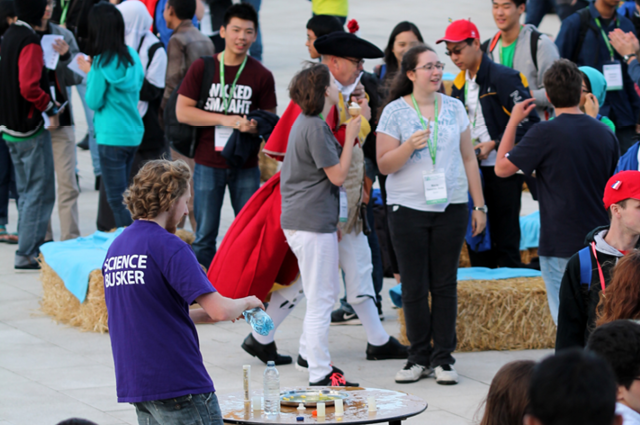 After a long day of more exams, students, volunteers, organizers and staff were treated to a wonderful outdoor party

Science buskers, hay bales, numerous scientific outreach-themed stalls, a town crier, a brass band… All of these and more were present in the first part of the cultural evening held in Chancellors’ square, which was a resounding success. This was followed by an unforgettable science-themed ceilidh session, and a disco was set up to round up the final part of the evening. 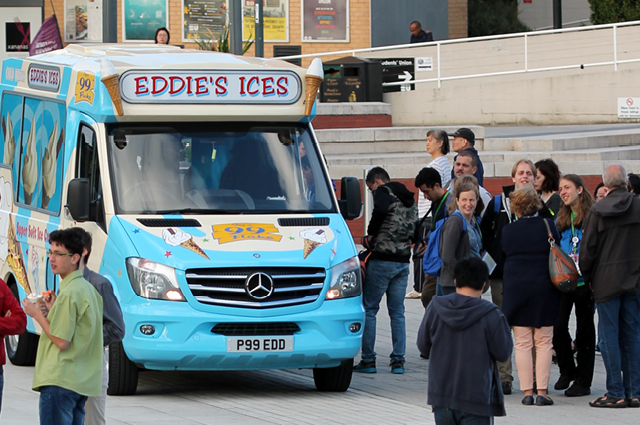 Despite the weather struggling to make up its mind, there was still a queue for the ice cream truck!

One might expect the students to be too exhausted to fully enjoy such festivities after six hours’ worth of examinations, but they continued in defiance of fatigue, with joyful celebrations continuing late into the night. 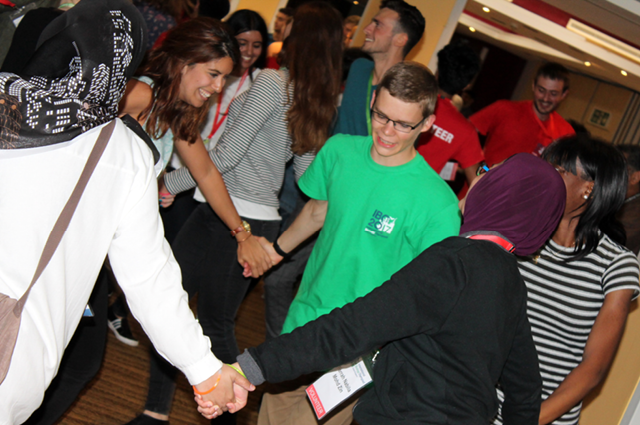 Students celebrating the end of exams with a science ceilidh

During the visit to Coventry tomorrow, some students may worry about their results: nevertheless, all competitors have performed impressively, and we wish them good luck for the awards dinner on Saturday.