The IBO live blog Day 6: celebrations at the awards ceremony

The final day of the IBO is all about the awards ceremony: it forms the high point of the week towards which all efforts so far have led. 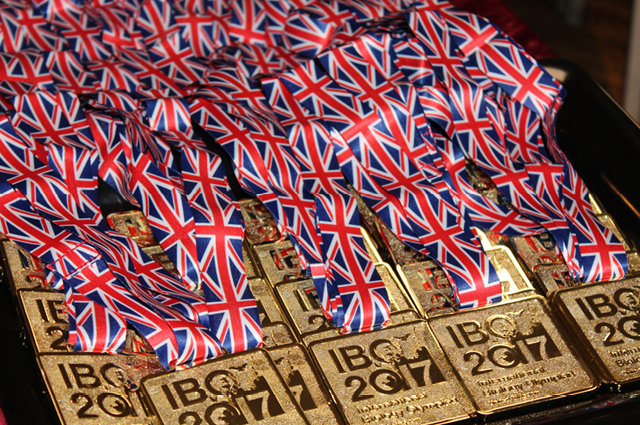 All of the gold medals ready and waiting for the outstanding students.

For better or worse, many countries use the exam results as a means of justifying the value of participation in the whole competition, and the amount of pressure on teams to deliver was clear to all.

Today’s schedule was mostly left unstructured, which allowed the students to have fun and enjoy spending some time with the friends they made during the week. As final preparations for the closing ceremony were underway, students enjoyed impromptu games of rounders and other outdoor diversions.

The awards ceremony was held over dinner this year, and by the time the food began to arrive, the atmosphere was palpable: to say that things were a little tense would probably be the understatement of the week.

Students from around the world receiving their medals with pride

To see and hear the joy on faces as they received good news, and the incredible level of support from the audience to all participants, medalists or otherwise, was for many of the facilitators a validation of all their hard work throughout the week.

As medals were awarded, cheers swept through the audience, and flash bulbs punctuated the scene — the sense of joy and appreciation of a friend’s success was unrivaled.

Tomorrow the teams will leave for their respective countries, and there is a certain sorrow that comes with having to leave such good friends so newly-made; that said, many will be staying in touch via electronic means, and some future visits will almost certainly be in planning already.

We’re all very proud to have been a part of this year’s Olympiad; many thanks also to everyone who has helped make the week such a special experience for all. We wish everyone all the best with their future endeavours, and look forward to seeing you again in Iran at IBO 2018.