What if you shared your food with others?

Posted by Natasha Little on November 8, 2016

By Diane Fresquez, an American food science journalist living in Brussels, and the author of ‘A Taste of Molecules: In Search of the Secrets of Flavour’.
Diane will be chairing the RSB’s event, Come Dine with the Future, in Cardiff on Wednesday 30th November.

From food waste to expanding waistlines, we are experiencing a global food crisis that is too complicated and far-gone for us to ever change. Or is it? Here are some of the facts from the UN: 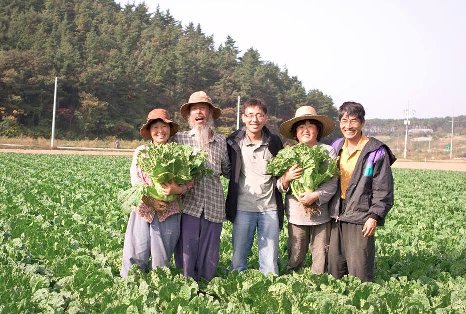 Although the situation looks grim, one way to tackle the problem is through food sharing: an emergent, expanding global movement that can conserve resources, cut waste, improve nutrition and strengthen communities. But what exactly is food sharing, and where is it happening?

Share City Ireland is a European Research Council-funded project that is assessing the practice and sustainability potential of city-based food sharing economies. The sheer depth and breadth of food sharing around the globe is astonishing, and includes the sharing of everything from food products and meals, to plants and seeds, knowledge and skills, compost and land, kitchen devices and kitchen space.

Share City recently launched an interactive map and database that lists more than 4,000 ICT-enabled food-sharing initiatives in 100 cities across the world. London is top of the list, with 198 enterprises, such as Supper in a Pear Tree, a pop-up restaurant and art class; Mind Food, an enterprise that helps people with mental health issues improve their wellbeing through growing and selling their own food; and Connected Seeds  a project that investigates the ways in which the Internet of Things can support more sustainable food production and consumption in the city.

Of course, none of this is entirely new. In the dark ages pre-Internet, many people already shared their surplus garden produce, or baked a pie for a church raffle, and it was just called neighbourliness. But by harnessing the power of social media and apps, food sharing has blossomed into an endlessly creative, flourishing phenomenon, a part of the ‘sharing economy’.

Share City is led by Anna Davies, professor of geography, environment and society at Trinity College Dublin. She said: “It is critical that our urban food systems become more innovative now to deal with uncertainty around food security in the face of climatic changes in the future.” By the time the project is finished in 2020, Davis will know more about the potential of food sharing to help city dwellers feed themselves in years to come.

Not on the map?
Share a food-sharing activity in your city via this survey. Don’t worry if you’re unsure whether an activity in your area counts as ‘food-sharing,’ Share City still values your ideas and feedback. All contributions will be checked before they are added to the database.

This article was adapted from The Taste Tests: Can science help us eat better?, a series of interactive articles Diane wrote for Science Squared.

Diane will be chairing the RSB’s event, Come Dine with the Future, in Cardiff on Wednesday 30th November.

Posted under Conservation,Events,Latest research,Nature,Policy and tagged with food security, food sharing, food waste, population, sustainability
Comments Off on What if you shared your food with others?