Homeopathy – What is it and does it work? 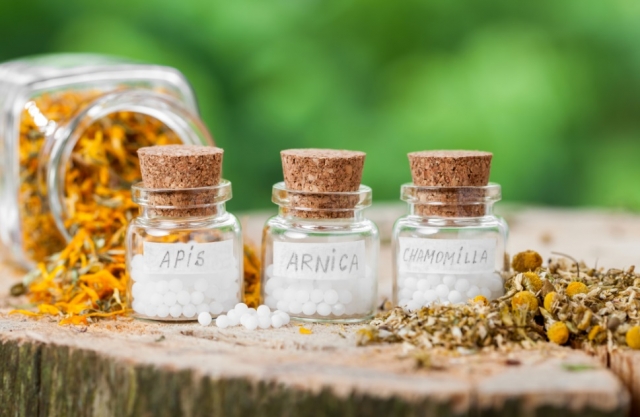 The principle of homeopathy is that ‘like is treated with like’. The symptoms are treated with high dilutions of a material that would cause those symptoms in large amounts. For example, treatment with magnesium carbonate, known by homeopaths as Magnesia Carbonica, can be used for digestive disorders.

A spoonful of magnesium carbonate weighs about 5 grams and would contain about 2 x 1022 molecules. This means that after 12 dilutions of the compound 1 in 100, there would only be a 1 in 50 chance that a single molecule of magnesium carbonate remained. There are still a further 18 dilutions to make a 30C extract! The extract will certainly contain no active ingredient and will be simply water or alcohol-water mixture, depending on what was used for dilution.

Homeopaths claim that water retains a memory of what has been dissolved in it, so the magnesium carbonate affects the structure of the water and this is what provides the activity. This is arrant nonsense. If this were the case, then the water we drink should also retain the memory of everything in our rivers and streams – and even our sewage if the water is recycled.

So, does homeopathy work? Many people swear by it. One explanation is the placebo effect – if you think it will do you good, then it does. This is a well-known and proven phenomenon. Another explanation is that a homeopathic consultation is usually longer and more engaging than a typical consultation with your GP. Again, that makes you feel better. In both cases the effect is psychological and not medicinal.

While as a scientist I am content that ‘sugar pills’, as homeopathic medicines are sometimes called, can help people psychologically as a complement to conventional medicine, there is no scientific evidence that they work. However, I strongly object to those advocates of solely homeopathic treatment for serious diseases such as HIV/AIDS, cancer or Ebola, or of homeopathic replacement of antimalarial medicines. That is not only misguided, it is dangerous and potentially life-threatening.

Posted under Regional Grant Scheme and tagged with alternative medicine, homeopathy, medicine, placebo
Comments Off on Homeopathy – What is it and does it work?